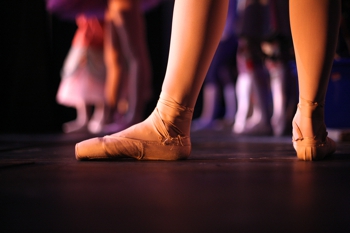 Theatre has played a part in Cheltenham’s social calendar since the 1600s, when the earliest recorded instance of public entertainment took place in 1611. The Everyman Theatre first opened its doors in 1891, in the Grade II listed building designed by Frank Matcham, who also designed the London Palladium and the Victoria Palace. Originally called the Opera House, the theatre has undergone several refurbishments with the most recent taking place in 2011.

Performance types vary, offering a bit of everything for the entire family, including:

Suitable for the entire family, visitors can learn more about the history of this prestigious Victorian theatre on a guided tour that includes an exploration of the backstage area. This must be booked in advance via the Box Office.

Café Everyman is the theatre’s own onsite café, which is open from 9.30am until the interval of the evening’s performance. The café serves sandwiches and light bites, teas, coffees and alcoholic drinks. During the evening, the café has a limited menu for main meals, as well as deli boards for grazing. There are also two bars in the theatre that open for the performances serving a good range of hot and cold drinks.

The central location of the theatre makes it easy to enjoy an evening meal before the performances from one of the many cafés, bars and restaurants in central Cheltenham. For a more elegant night out to the theatre, consider first visiting the Michelin Guide, Lumière Restaurant, on Clarence Parade, which serves contemporary British cuisine in a regency setting.

The Everyman Theatre is located on Regent Street in central Cheltenham. The nearest car park is the Regent Arcade, which is a multi-storey car park that is open until midnight. For cars arriving after 5.30pm, there is a £2.50 charge for the evening. Visitors arriving from the M5 or the A40 should follow the signs to the town centre.

There are a number of bus routes that can drop you off on streets near to Regent Street that are within walking distance. This includes the Stagecoach service Route D, which will drop you off on Clarence Street and can also take you to the Cheltenham Spa Rail Station.

The box office is open Monday to Saturday from 9.30am until 6pm. Performance times vary and include matinee and evening show times. Tickets vary in cost depending on the performance with concessions available. Tickets can be purchased in person at the box office, online or via telephone.