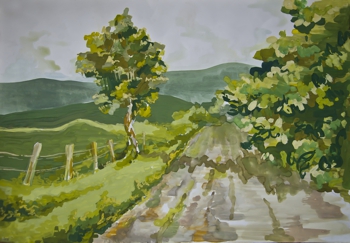 Formerly known as the Cheltenham Art Gallery and Museum, the Wilson first opened its doors in 1899, following the donation of a large collection of paintings to the town of Cheltenham by its former Mayor, Baron De Ferrieres. De Ferrieres also gifted the town the funds to build a gallery. The museum and gallery, housed in a regency style building in the centre of Cheltenham, has undergone an extensive expansion and refurbishment, and reopened its doors in October 2013. Renamed “The Wilson,” after the explorer, Edward Wilson, the redesigned and modern space offers visitors an insight to Cheltenham’s past, as well as housing a large collection of art, crafts and historic items from around the world.

Throughout the museum, the connection of Gloucestershire and the Cotswolds is emphasised, with many of the artefacts sourced from the local area, whilst others have more international origins. Collections include:

Many of the paintings originally donated to the museum by Baron De Ferrieres were made by notable Dutch and Belgian artists. These have remained on display and now hang alongside works from local artists from a period of history that covers the time of the Renaissance up until the modern day. Large paintings depicting the Cotswolds countryside give a fascinating insight into rural Britain in the past centuries.

The Arts and Crafts Gallery

The museum houses a large Arts and Crafts Gallery, for which it has received “Designated” status from the Arts Council, recognising the national importance of the collection. This part of the museum celebrates art and design between 1880 and 1940 and features items designed by Cotswold crafters.

Following the refurbishment between 2011 and 2013, the museum now has large exhibition spaces where temporary collections are housed and changed throughout the year. The annual Cheltenham School’s Art show is held here, showcasing art from local school children. In addition, visitors may find exhibitions from classic British artists such as Turner, modern photographers or collections from international artists.

The Wilson Café is located on the ground floor of the museum and serves bistro style food in a large space that also doubles as a gallery using wall-to-ceiling projections. The café uses locally sourced produce and a range of sandwiches, light lunches, cakes, as well as hot and cold drinks.

The museum is located on Clarence Street in central Cheltenham just a short walk from the Regent Arcade Shopping Centre. At the shopping centre, there is large car park. The Stagecoach bus service, Route D, stops close to the museum on Royal Well Road and goes between Cheltenham Spa Rail Station and the Cheltenham Racecourse.

The museum is open every day throughout the year, except for Christmas Day, Boxing Day, New Years Day and Easter Sunday. Admission is free with a suggested donation of £4.