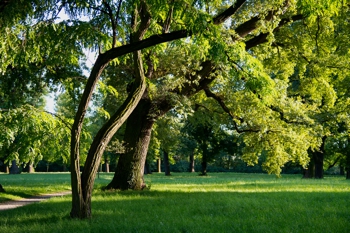 During the 19th century, lawyer, Joseph Pitt, wished to develop his own spa town to rival that of Cheltenham, and consequently, created the area of Pittville. After completing the Pittville Pump Rooms, which is the largest Spa building in Cheltenham, Pitt went on to create the Pittville Park to give visitors a place to stroll and enjoy.

Having been incorporated into the boundaries of Cheltenham, the 33-acre park is situated in the northern part of the town, and is owned by Cheltenham Borough Council. The park is now split into two halves that are either side of the A435 Evesham Road with an underpass connecting the two sides.

The magnificent Pittville Pump Room overlooks the Eastern side of Pittville Park. The Pump Room is now used as a concert hall and private hire venue and was designed by architect, John Forbes, who also designed the park.

The Eastern side of the park has a large enclosed children’s play area that features wheelchair friendly play equipment, as well as picnic tables. Visitors will also find aviaries here, which are home to various birds and rabbits.

The smaller of the park’s ornamental lakes can also be found on the Eastern side, where a number of wild birds will be spotted. The park’s toilets are also located on this side of the park.

On Central Cross Drive, visitors will find the Central Cross Café, which is open daily and offers a range of hot and cold drinks, including milkshakes and smoothies. It also offers snacks and light bites, such as sandwiches and homemade cakes. The café is situated in what was once the entrance lodge for the park where visitors would pay their fees and original features are still present. The café has won numerous awards and all seating is outside with blankets conveniently provided during the colder months.

The larger side of the Pittville Park features both wooded and flowered areas surrounding the large lake. At one end of the lake, there is a small waterfall and the area is home to various species, including kingfishers and swans. The park is managed in a way that encourages wildlife and in 2012 300 trees were planted to celebrate the Diamond Jubilee of Queen Elizabeth II.

Fishing is permitted on the lake on the Western side and there are rowing boats available to hire. Other features include:

The Boathouse on the shore of the lake sells tickets for the row boats, golf course and tennis courts. It also serves up refreshments during the summer months.

Access to the park can be reached via the A435 Evesham Road that leads out of Cheltenham town centre. A large car park with 329 spaces is situated to the south of the Eastern side of the park on Portland Street. There is also on-street pay-and-display parking throughout Cheltenham.

Buses operate along Evesham Road, including Stagecoach Route D, which runs between the rail station, the town centre and the racecourse.

The park is open year round with 24-hour access. Opening times for the different activities offered, such as tennis and boating, vary throughout the year and tickets are required for some activities. Admission to the park is free.