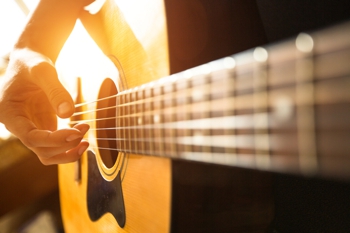 Established at the end of the Second World War in 1945, the Cheltenham Music Festival is a 12-day celebration of classical music, featuring performances of both well-known classics and more contemporary pieces. The festival takes place between June and July and aims to showcase new and young artists. Alongside the various concerts, visitors to the Cheltenham Music Festival will find a wide-ranging programme of events that includes workshops, talks and film showings, as well as a fringe “festival within a festival.”

The Cheltenham Music Festival takes place in a number of venues both inside and outside of Cheltenham between June and July each year. Within Cheltenham there are events in the Town Hall and the Pittville Pump Rooms, along with other smaller venues.

There are several car parks in the centre of Cheltenham, as well as two park and ride facilities that have free parking on the outskirts of the town. There is also a bus that goes from these facilities straight to the centre of Cheltenham. Cheltenham Spa Rail Station is located in the east of town and has regular services to and from big cities, such as London, Birmingham and Manchester.

Tickets for the individual events normally go on sale in March and are available to buy online, the telephone or in person at the Cheltenham Festivals Box Office in the town. Ticket prices, of course, vary for each event with discounts available for under those under 30 years of age, students and for those who are unemployed. There are several free events during the festival, as well, but some still require a ticket, as space is limited.

Featuring well over 600 performers each year, the festival hosts numerous concerts throughout the 12-day period. The Town Hall Festival Proms has an eclectic mix of music with performances that include the classics, such as Mozart, Beethoven and Wagner. There are also performances from the festival’s “Artist in Residence” who is chosen each year to showcase more modern classical music.

Most afternoons and evenings have concerts at one of the many venues used for the festival, including performances from new talent, different ensembles and international artists. The festival also features various talks on a range of subjects including individual composers, music history and contemporary issues. Furthermore, there are a number of film showings of art-house style films that have been inspired by, and/or feature, contemporary classical music.

Other Festival Highlights Include: