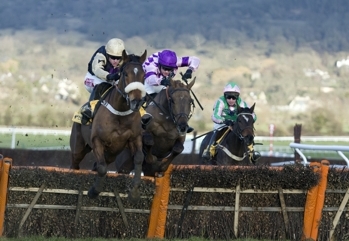 Second only to the Grand National in terms of prize money, the Cheltenham Festival (also known as the National Hunt Meeting) supplies spectators with four days of thrilling action at Cheltenham Racecourse – Cheltenham’s historic and beloved racing venue. Attracting over 200,000 visitors who place over £200 million worth of bets, this mid-March event is the highlight of the racing calendar and showcases the best of British and Irish jockeys and horses.

During the Festival, there are dedicated buses between Cheltenham Spa Rail Station and Cheltenham Racecourse via the town centre. National Express also operates special Festival coaches that depart from a number of locations across the UK, which drop off patrons directly at the Festival Entrance.

For an alternative and more stylish arrival, visitors can arrive by steam train by catching the ATR Express from Toddington station directly to Cheltenham Racecourse. Booking in advance is required through Classic Hospitality.

Advanced booking is required given the events popularity. And, it should be noted that there are no discounts for children over the age of 5.

There is nearly £4 million in total prize money to be won at Cheltenham Festival with the high stakes adding to the thrill and the spectacle. Each of the four days has its own special race or theme:

Champion Day is the opening day of the Festival that sees champions return to try and retain their crowns. This day includes the Stan James Champion Hurdle race – the most prestigious hurdle race of the horseracing calendar.

Ladies Day mixes racing with fashion and style with the highlight being the Queen Mother Champion Race. On this particular day, patrons go all out and wear their finest hats and tweed jackets to attend the race.

Cheltenham Gold Cup Day is the final day of the festival that features the famous Cheltenham Gold Cup Race. It is perhaps the biggest draw of the Festival. With and the first ever race that took place in 1924, this particular race is 3-miles long and consists of 22-fences with a prize fund of over £500K. Previous winners include Best Mate, Arkle and Kauto Star, all of which are household names within the racing community.

There are a number of bookmaker stalls around the three enclosures where bets can be placed. There are also several cash machines at the Racecourse and temporary cash machines are added especially for the Festival.

During the festival, visitors are not permitted to bring food or drink onto the site. There are several bars in the Racecourse and a decent number of mobile catering units, which offer a range of hot and cold food and drink options throughout the entirety of the Festival.